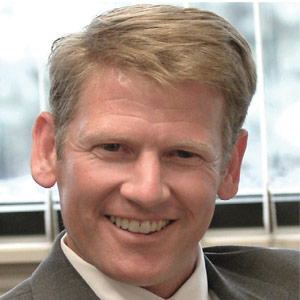 “What do you consider the biggest threat to your company?”

It sounds like a simple question, but ask five different departments within the structure of any business and you’re likely to get five different answers. The CEO thinks it’s the impact of an unstable economy. The head of sales thinks it’s losing that one big customer. The CFO can’t sleep at night worrying about where the next crippling lawsuit is coming from.

But when you drill down to the people in the corporate trenches—the line employees, supervisors, plant workers—particularly within the food industry, the responses usually revolve around issues dictated by employee safety and the impact it has on workers’ compensation costs.

Managing risk is a complex and full-time job for food industry executives, fraught with risks that many other industries don’t have, particularly in areas such as regulatory compliance, reputational risk, product recall, supply chain breakdowns, HACCP, safety, quality control, quality assurance and so forth.

For the food industry, risk is a multi-headed beast, often controlled by a virtual alphabet soup of regulatory entities—FDA, USDA, OSHA—all focused on safety. For the FDA and USDA it’s all about consumer safety, that the food being put on store shelves and kitchen tables meet certain standards. OSHA’s mantra is worker safety for those people responsible for getting the food to the store shelves and on the kitchen tables. And just for good measure, we throw into the mix HACCP, a management system in which food safety is addressed through the analysis and control of biological, chemical and physical hazards from raw material production, procurement and handling, to manufacturing, distribution and consumption of the finished product.

With so many regulatory waters to be navigated in the food industry, failure to focus on worker safety can be extremely costly, both in terms of worker health and company finances.

Recently, two U.S. food manufacturing plants were hit with large fines for failing to adhere to OSHA safety regulations. A company in Minnesota was given a $7,000 fine for having improper guards over wall openings after two workers fell into an uncovered sump pump and received serious burns. OSHA inspectors issued another $20,000 in fines following a third incident where an employee was burned. OSHA also cited a Chicago meat processing facility with ten safety violations, including failing to train and evaluate powered industrial vehicle operators, lack of eye and face protection, improper use of electrical cords, and failing to follow lockout and tagout procedures. The company may have to pay up to $53,000 in fines.

Aside from the hit to the checkbook, the collateral damage for all this is the almost certain rise in the all-important experience modification factor, the rating that dictates what a company’s workers’ compensation fees will be. This is a number driven by an increased number of workers out on injury leave for an increased amount of time. Not only does a higher experience mod increase our premium, it can also prevent potential money from coming in as many businesses are unable to bid on lucrative contracts because of high instances of worker injuries.

For executives and risk managers in the food industry, an industry which by its very nature has a great number of workers daily at risk of being struck by a falling object or injuries from knives while cutting food, or being hit by a moving pallet or truck, the importance of employee safety is hardly a revelation. But all hope is not lost, and the times are changing.

Fifteen years ago, the idea of company safety was to have a safety manual sitting on a shelf gathering dust. But as OSHA steps up its game and the HACCP plan flexes its muscles, we tell our clients in the industry that there needs to be a change in the culture, from top to bottom, and that starts with putting together a committee to actually be involved with workers safety. It has to become more of a cultural item issue as opposed to just another ineffective program they have in place.

The safety committee is a key component in shifting the culture of the company toward safety. In years past companies would appoint a safety director and leave all safety to them. Our experience has shown that it takes the entire company to impact a company’s safety record. The safety director is one cog in the wheel. We worked with a meat packing company in Chicago who had a safety director but no safety committee. Eventually a safety committee was implemented and over a one-year period we saw significant changes in its safety culture. This change in the ways things are done reduced their incident rate by 50 percent from the previous year. The safety director’s job involves the day to day issues of machine guarding, housekeeping, hiring (Is the employee capable of performing the job?) and workers’ compensation experience modification management.

The next step is to make sure what you have implemented is being carried out. We conduct audits of our customers in the areas of safety, classification, experience modifications, claim reserves and general risk management policies. Working extensively in this industry over the years, we’ve uncovered numerous errors that come from a misclassification of workers that has inaccurately driven up the experience mod.

One time, while working with a meat packing distribution company in Indiana we were able to properly re-classify employee payroll and reduce the company’s outstanding reserves, resulting in a 12-point reduction in their experience modification factor. We were also able to retrieve money on expiring policies. The overall impact of the work was a recovery of over $200,000 in reduced premium dollars and recovered funds from expired audits.

As another example, we started working with a food distribution company that operated a warehouse where they stored meat from customers, until the time came to move it to another facility. When we started working with them, they had a fairly high 1.25 experience mod, due to a large number of back and joint injuries. We saw that they had the need to put some different controls in place, such as isokinetic testing, which basically is strength-testing. This helped them identify previous injuries or weakness within the shoulders, hips, back and knees. With that process in place we were able to help them in their hiring practices, while also implementing new procedures with their forklifts and lift trucks to improve the path they were navigating within the warehouse. We also cited some reserves that could potentially be reduced, and by doing so we were able to reduce their experience mod to below 1.0.

The food industry doesn’t think twice about having a USDA guide on staff who’s there every day, watching out for the safety of the consumer, and that’s all good. But companies need to take that mentality a step further, to a point where everyone is on the same page—CEOs, CFOs, supervisors, line employees—with the understanding that the safety of the person who cuts the meat, who packages the meat, who transports the meat, is every bit as important as the person who eats the meat.

North American Bancard: Bringing Passion Back to the Hospitality Industry

Share-ify: A New Era of Compliance for the Food Industry

Incentives Solutions: A Recipe for Sales Growth in the Food Industry

The Answer Company: The Answer to Enterprise Resource Planning Organizations

Unlocking the Value of Connected Cars

Comprehensible Distribution of Training and Information...

The Current Focus is On Comprehensive Solutions

Big Data Analytics and Its Impact on the Supply Chain

Carmax, the Automobile Business with IT at the Core

The CIO's role in rethinking the scope of EPM for...

Transformative Impact On The IT Landscape

Get Ready for an IT Renaissance: Brought to You by Big...

Technology to Leverage and Enable

Speed is the Name of the Game

The Journey to Swift Digital Transformation

Virtual Immersive Learning: The Next Frontier in Higher Education

Making the Case For Moving from Health IT to Health Analytics

Data as a Business

Ricardo Leite Raposo, Director of Data & Analytics at B3

However, if you would like to share the information in this article, you may use the link below: